The History of Nigeria

Nigeria is located on the western coast of Africa.  Before the colonial era, the peoples of Nigeria lived in hunting, fishing and farming societies. In the 15th century, the Portuguese were the first white people to arrive in Nigeria, before the arrival of the British. The people of Benin began to trade with the Portuguese, selling slaves, buying spices and firearms, and learning the art of writing and the Christian religion.

By the 18th century, the British had taken over control of the slave trade from the Portuguese.  However, in 1807, the British missionaries’ campaign against slavery led the British parliament to ban the slave trade. In 1884, Britain created the Oil Rivers Protectorate in the Niger Delta and claimed the region in 1885 after defeating King Jaja of Opobo. Did you know that the Niger Delta was called the Oil Rivers because it was a major producer of palm oil? In 1862, Lagos Island was declared a colony of Britain, and Mr. H.S Freeman became Governor of Lagos Colony. In 1893, the Oil Rivers Protectorate was renamed Niger Coast Protectorate with Calabar as capital. In 1890, the British reporter Flora Shaw suggested that the area be named “Nigeria” after the Niger River. [Flora Shaw later married Lord Frederick Lugard]. By 1900, Britain had control of Nigeria and had established the Southern Nigeria Protectorate and Northern Nigeria Protectorate. In 1914, the Northern Nigeria Protectorate and Southern Nigeria Protectorate were amalgamated to form Nigeria, with Colonial Officer Frederick Lugard as Governor-General. In 1944 – NCNC (National Council of Nigeria and the Cameroons) founded by Herbert Macauley. In 1949, the Northern People’s Congress was founded by Alhaji Sir Ahmadu Bello. In 1951, the Action Group Party was established by Chief Obafemi Awolowo. Also in 1951, an agitation of the NCNC under Dr. Namdi Azikiwe caused Britain to grant internal self-rule to Nigeria.  In 1954, federalism was adopted in Nigeria and the position of Governor was created in the three regions (North, West and East. 1957-1958       Constitutional conferences in the UK The preparation of a new federal constitution for an independent Nigeria was carried out at conferences held at Lancaster House in London and presided over by The Rt. Hon. Alan Lennox-Boyd, M.P., the British Secretary of State for the Colonies. The Nigerian delegation to the Constitutional conferences was led by Alhaji Sir Abubakar Tafewa Balewa of the NPC. It included Chief Obafemi Awolowo of the Action Group, Dr. Azikiwe of the NCNC, and Alhaji Sir Ahmadu Bello of the NPC, also the premiers of the Western, Eastern, and Northern regions, respectively. In 1958, Nigerian Armed Forces were transferred to Federal control. In 1959, the Nigerian Navy was born. Also in 1959, a new Nigerian currency, the Pound, was Introduced. 1959 – First general elections in Nigeria. The NPC and the NCNC formed a coalition, and Alhaji Sir Abubakar Tafewa Balewa was called on to lead the government, while Chief Obafemi Awolowo became official leader of the opposition. 1960 – Nigeria gained independence on 1st October. 1963 – Adoption of a new Nigerian constitution. Nigeria remained a Commonwealth Realm with Queen Elizabeth II as titular head of state until the Nigerian nation was declared a republic in 1963. Dr. Benjamin Nnamdi Azikiwe – Nigeria’s First President. Alhaji Sir Abubakar Tafawa Balewa. 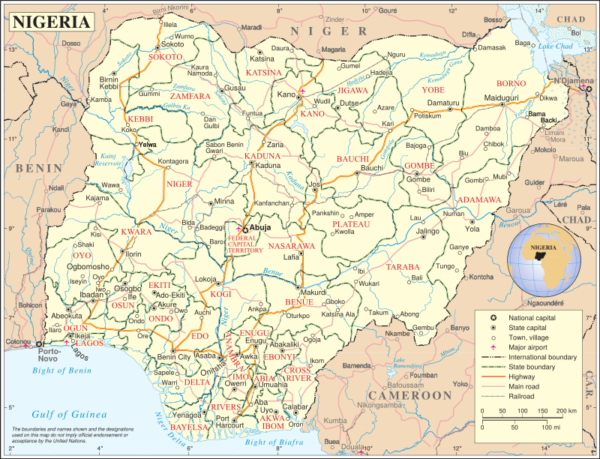 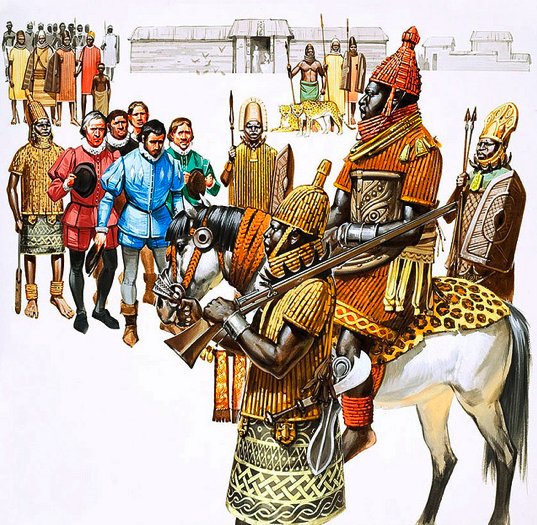